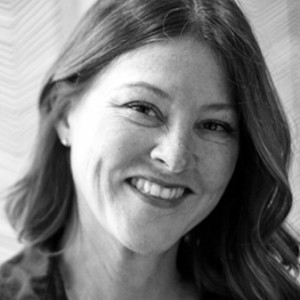 Elizabeth manages the Define phase for each DefCult client, as well as the overall company strategy. DefCult and the Define, Design, Engage process are the creative results of a mid-career sabbatical and incorporate her background in the arts, communications, engagement and organizational design.

A classically trained musician, Elizabeth worked at the intersection of the arts and communications for over twenty years. She served as Director of Public Relations for Atlantic Records and then the Los Angeles Philharmonic Association, where she oversaw media relations for the orchestra’s various performance seasons, the Hollywood Bowl and ultimately the opening of Walt Disney Concert Hall. Elizabeth moved on to launch her own firm, Hinckley & Co., and later the culture and education division of Rogers & Cowan, a global entertainment public relations firm. Concurrently, she served as an adjunct faculty member at the USC Annenberg School of Journalism.

Elizabeth’s graduate studies at Stanford University combined work in the schools of education, business, and journalism, as well as the Hasso Platner Institute of Design (d. school), where she honed her passion for creative organizational development and user-centric design. Leaving Stanford with a solid background in research as well as a portfolio of prototypes and training in design thinking facilitation, she completed a post-graduate fellowship and began work on the concept for DefCult in 2014.  She is the editor and a contributing author of the college textbook “21CM: An Introduction to Music Entrepreneurship” which launched in 2017 to great acclaim and early sales, with more than thirty schools adopting the curriculum for their arts entrepreneurship programs.

As the company’s founder, Elizabeth passionately believes dynamic cultures make great companies and better lives. To find out more about her work in organizational development and engagement, check out the DefCult case studies.

There are no Idea Labs currently scheduled. Please check back soon.